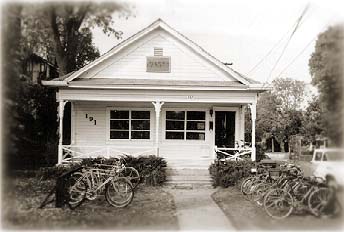 Ashland Cycle Sport began in 1977 in downtown Ashland, Oregon.  In the early years of business, the shop was located in the basement of a 100-year-old building affectionately known as "the dungeon". The shop was purchased by Merrill Hayes in 1979, who decided to leave his career as a lawyer to pursue his dream of owning his own bike shop. In 1982, Cycle Sport moved to its present location, the historic Levi house at the corner of Oak & B streets in Ashland's Railroad District.

Over the next several years, Cycle Sport served the community with honest, reliable service and quality products.  Noting this in the November 1991 edition of Bicycling Magazine, Cycle Sport was named one of the nation's top 10 bicycle shops, and Bicycle Dealer Showcase, an industry trade publication, has twice named Cycle Sport to it's "Top 100 Dealer" list.

Looking to better serve the greater Rogue Valley, Merrill opened Medford Cycle Sport in June of 1994, and incorporated the two businesses into Rogue Valley Cycle Sport, Inc..  In keeping with the family owned and operated business model, Alex Hayes (son of Merrill) was appointed to the manager position bringing with him 10 years of experience from the Ashland store.  Then in 1999, the store was moved into it's current home on Biddle Road behind Barnes and Noble Bookstore. 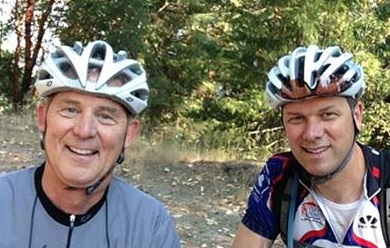 Today, father and son are co-owners of Cycle Sport, and continue to share a passion for cycling.  Their stores are staffed by people who share this passion for bicycles, for riding, and for helping others to enjoy cycling. The Cycle Sport staff consists of men and women who ride recreationally, as well as competitively, all year around. Our mission is to make your cycling experience the best possible. Whether you are new to cycling or a veteran we hope you give us an opportunity to serve you. 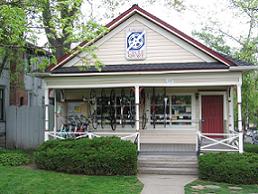 Established in 1977, Ashland Cycle Sport is located in the Historic Railroad District of Ashland, Oregon, home of the world renowned Oregon Shakespeare Festival. With miles of challenging single track just outside our backdoor, Ashland is a mecca for mountain bike enthusiasts. It is the reason we live and work here. We are all dedicated riders and are eager to share our knowledge and experience with you. So come on in and talk bikes with us. We'd love the company and the opportunity to become your favorite bike shop. 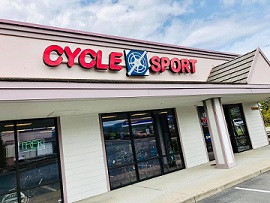 Medford, Oregon is home to a vigorous cycling community. The Rogue Valley's backroads offer miles of scenic road riding. There's no better way to enjoy the beautiful Southern Oregon landscape. The Medford Cycle Sport staff are all accomplished cyclists whose mission is to help you get the most from your cycling experience. So stop by and see us soon. Medford Cycle Sport is located in the Larson Creek Shopping Center next to Margo's Wine Shop.